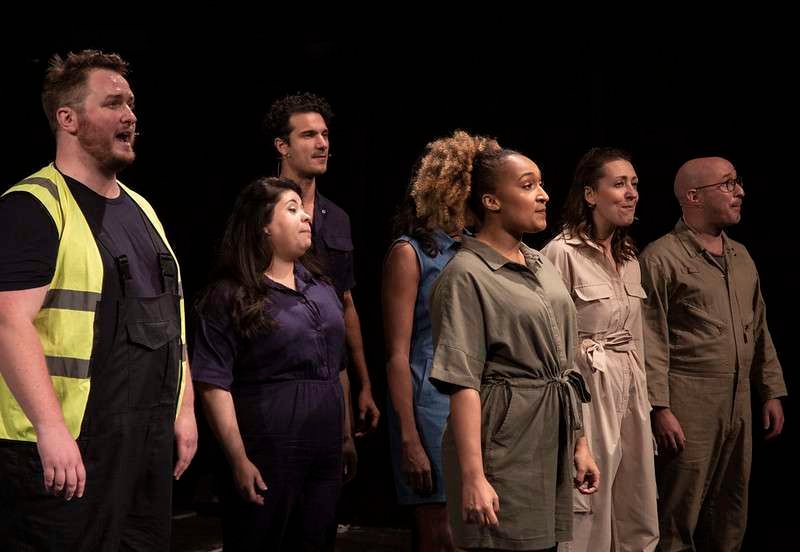 All photos by Stephen Russell

Based on People Talk About What They Do All Day and How They Feel About What They Do by Studs Terkel, this 1978 musical by Stephen Schwartz is in effect a collage of monologues that look at the people behind everyday jobs, their hopes and aspirations not only for themselves, but also for their children.  A flop on Broadway it has undergone various transitions, some songs having been abandoned as being too dated and others added, including two songs by the ever-popular Lin-Manuel Miranda.  One of which A Very Good Day, where a carer and a nanny describe their day looking after the elderly and the young, both abandoned by their families, is probably the most hauntingly beautiful song of the show.

We see various themes repeated through the songs and words of the characters: the desire for respect; finding self-esteem despite the humdrum nature of your work; taking pride in the tedious tasks of ordinary life.  Terkel described it as ‘The extraordinary dreams of ordinary people’.

Sedos as ever have gathered a cast of fantastic talent. Georgia Blessitt is dynamic and punchy in her various roles, bringing a power to the stage that is electrifying.  Sanchez Collingwood-Simpson and Olga-Marie Pratt in the aforementioned A Very Good Day, Jack Brown in Fathers and Sons and Sam Sugarman in The Mason bring a sensitivity to the ballads. These numbers highlight the skill of Tess Robinson’s choreography, where she balances stillness and simplicity alongside some of the higher octane, fast-paced numbers such as Delivery, also by Lin-Manuel Miranda and It’s an Art.  Occasionally in some of these faster pieces the choreography needs to be tighter – particularly the rather simplistic moving around in circles, which feels a little repetitive and the occasional bunching together where those further back end up being masked. However, generally the dance routines fill the stage, the set pieces in factories are suitably robotic and the ballads allow the soloists their moment without distraction.

The versatile use of steps, doorways, chairs and workhorses quickly allow for scenes to move from offices to trucks, restaurants to factories.  The floor, a series of rubber mats divided by LED lighting strips proves extremely effective as we shift from one character to another, and help to create a sense of isolation, a busy road, a bustling restaurant.

The very nature of the piece does not allow for character development, and it is a great credit to the cast that with the help of some simple costume changes we slip seamlessly from one personality to another.  Aprons and waistcoats, jumpers and hats help to move the characters along and keep the audience engaged. Occasional fumbles with costumes, some lighting hiccups at the outset and the rather disconcerting sound of a truck bearing a steel frame doorway being bumped over the raised edges of the floor are slight distractions, but overall the production is pacy and entertaining.  Beautifully directed by Jacob Hajjar this is another great performance from Sedos. 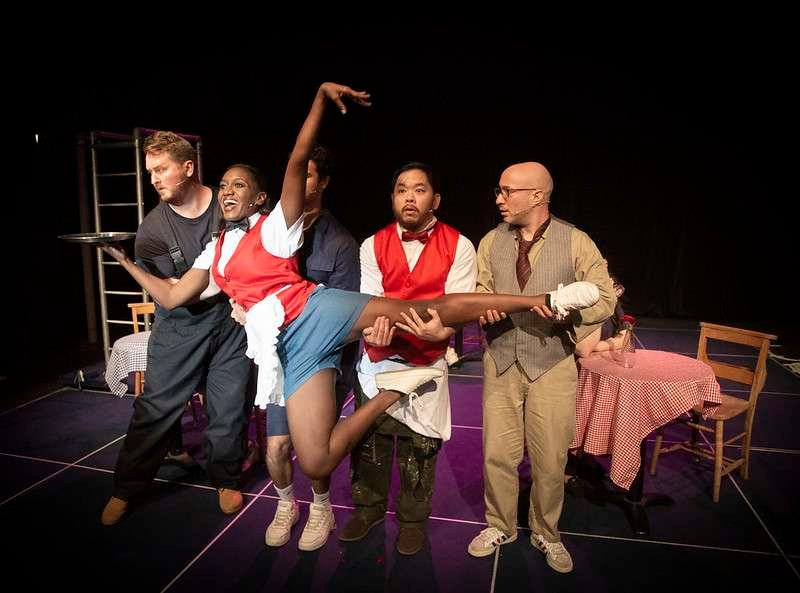 All photos by Stephen Russell 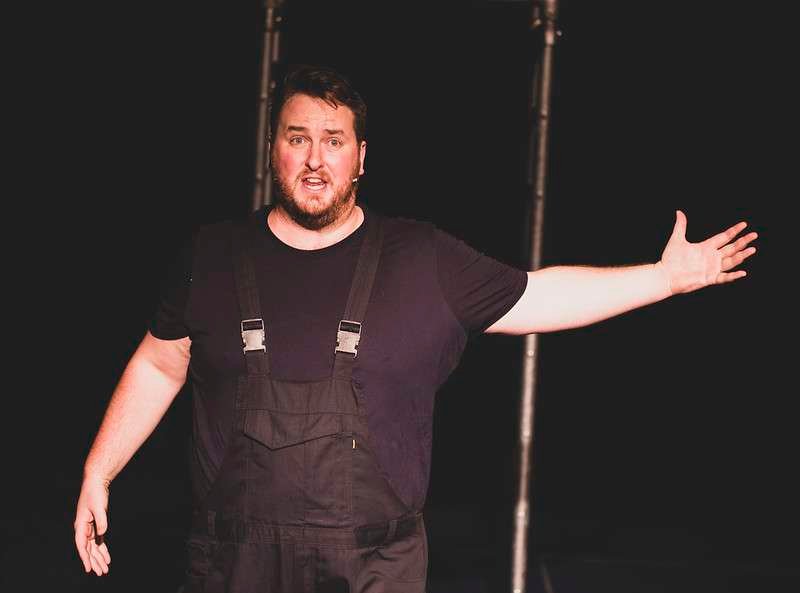 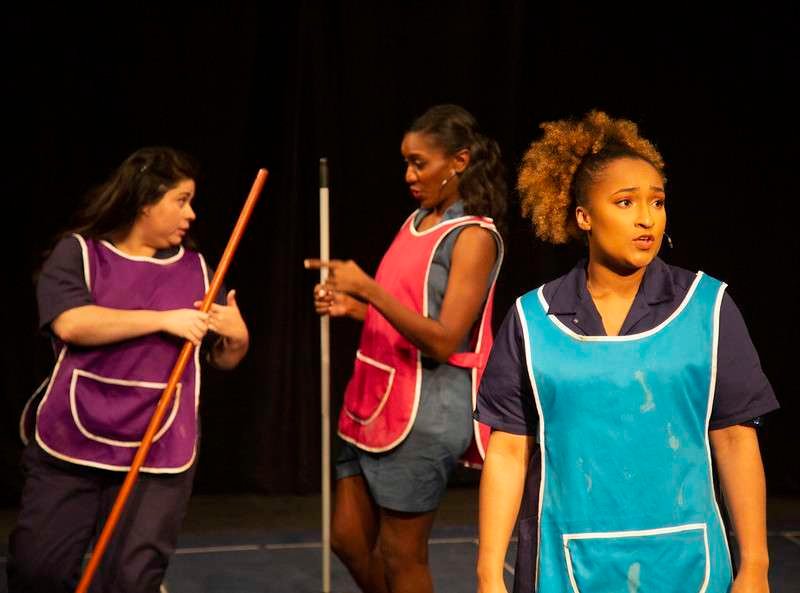