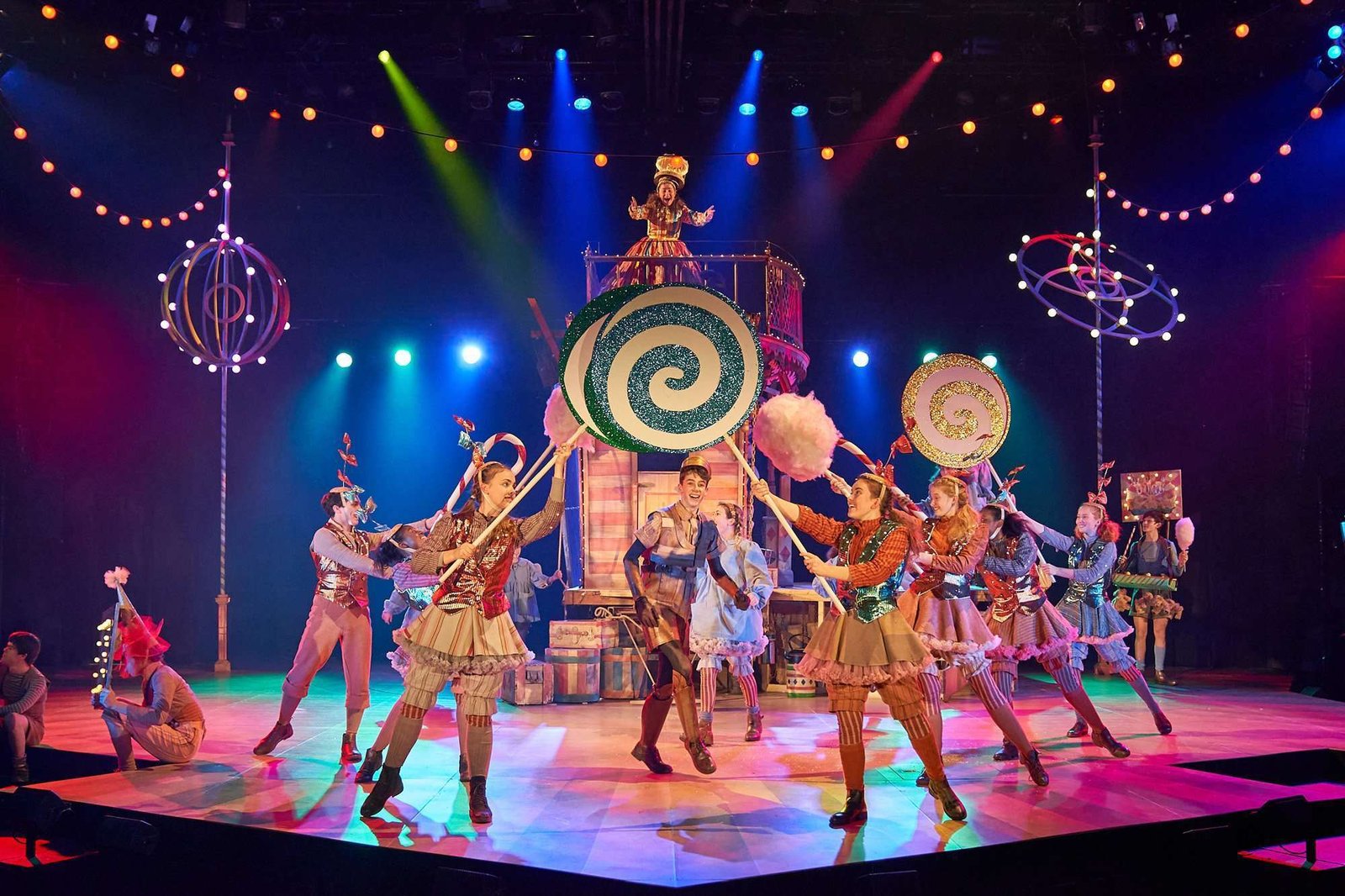 Credits: A new adaptation by Anna Ledwich. Music by Tom Brady. From the original novel 'The Adventures of Pinocchio' by Carlo Collodi. (Chichester Festival Youth Theatre)

Chichester Festival Youth Theatre’s brand new version of this classic tale by Anna Ledwich had just 15 live performances in 2020 before it was streamed globally during lockdown. It returns for Christmas 2021 again directed by Dale Rooks, who brings her trademark visual flair and gift for storytelling to this darkly magical reinvention.

Geppetto the boatmaker tosses aside a piece of wood; it’s only good for the fire. To his amazement, a voice answers him back. Geppetto picks up the wood and begins to carve – and a small wooden boy is revealed. A puppet, which he names Pinocchio.
And that’s when the mayhem begins. Pinocchio can’t stop getting into trouble, despite the best efforts of the Fairy and the Cricket to keep him on track. His intentions may be good – he truly wants to go to school like real boys and girls – but the temptation to discover the wonders of the world and make his fortune keep getting in the way.
Pinocchio encounters a host of fascinating characters, from Punch and Judy to the wily Fox and Cat and the strange Sea Monster, as he journeys to Wonderland and the world beneath the sea. But he discovers that it isn’t easy hiding the truth – especially when your nose gets longer with every lie you tell…

The set is designed by Simon Higlett, with costumes by Ryan Dawson Laight, lighting by James Whiteside, musical direction by Colin Billing and sound by Gregory Clarke.
Recommended for ages 7+. There will be a Relaxed performance of Pinocchio on 23 December at 2pm, and a Polish-translated performance on 22 December at 2pm.

Pinocchio is sponsored by Henry Adams and by Mercer.

Tickets cost from just
from £10 per person