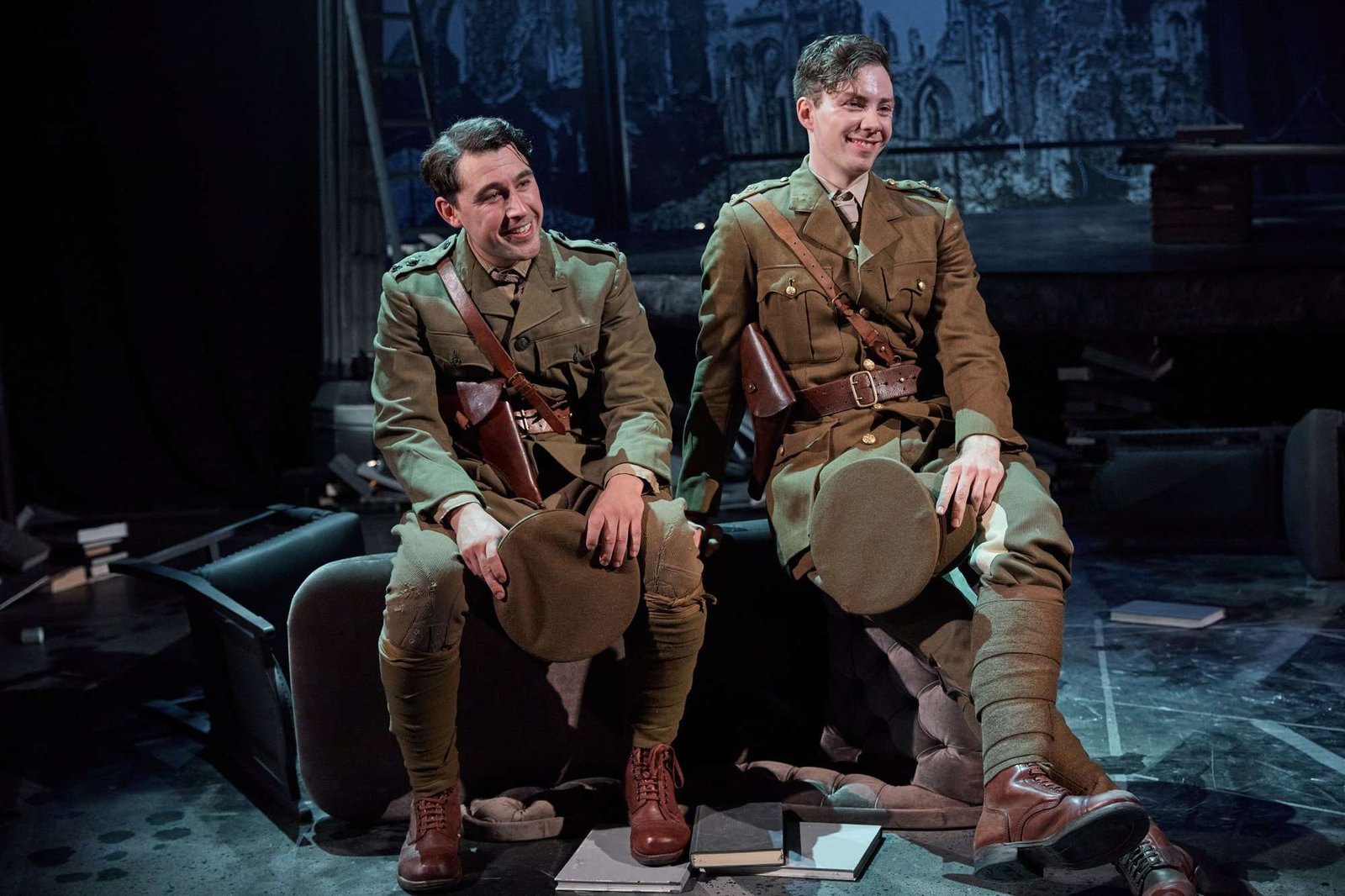 Ex public school boys in conflict with one another – sound familiar?  Hugh Salmon’s impeccably researched and absorbing new play, a true story of quarrelsome Oxford alumni during the period 1910-1915, introduces us to some neglected characters from the early part of the last century and also shows that nothing is new.

In this case two of the characters were poets, and whilst most of us are familiar with the WW1 poets Rupert Brooke, Wilfred Owen and Siegfried Sassoon, the names of Julian Grenfell – who is also commemorated in Poets’ Corner – and his friend, Patrick Shaw-Stewart, are less so. Julian would go on to write, amongst others, the poem that gives the play its title, whilst Shaw-Stewart is perhaps best known for Achilles in the Trench, which would be found pinned to his body in France in 1917.

All ex-Etonians, including Julian’s younger brother Billy, they went on to Balliol College, Oxford, forming the elitist and anarchical Annandale dinner club (think Bullingdon), and delighted in rampaging around, throwing dinner crockery down the stairs and, if Salmon’s script is to be believed, liberally using the F word.

Such behaviour led to a bitter feud with two of the arrogant pair’s socially minded contemporaries – or ‘plebs’ as they called them: the religious Keith Rae and an English golden boy, the rugby captain Ronald Poulton-Palmer. Both men were very much involved in running a club to help under privileged boys. Salmon focuses our attention on the contrasting characters of the dynamic but loutish bully, Billy, and the upright Keith. When Billy introduces some rabbits into the quad, also letting loose a bulldog, simply for the thrill of seeing them be viciously slaughtered, it is bad enough, but matters really come to a head when he chucks Keith’s furniture and belongings out of his room, again all in the name of ‘fun’. Billy gets sent down, but the battle that follows will last beyond the men’s student days until, by chance – plot spoiler – they find themselves officers the same regiment in the Belgium trenches.

After a tentative start, director Ellie Davies’ production moves along nicely and there is some effective use of movement (by Steve Kirkham), especially in the action scenes. Author and director are served well by a strong ensemble of actors, especially the five key men, whose personalities are well differentiated.

Gabriel Freilich ably projects Julian’s bearing, good looks and complexity in what, I felt, was a slightly underwritten part for the play’s best-known character. Sam Barrett brings out Ronald’s charm and reasonableness, whilst Joe Gill gives Keith a solid, northern earnestness which erupts into righteous anger. In the key role of Billy, Nikolas Salmon effectively dominates every scene he’s in and is touching towards the end when he finally allows decency to filter through his previously overbearing and arrogant persona. Alexander Knox, though fully believable as a toff, seemed, however, a trifle young to be allowing himself to be seduced by Lady Desborough (‘Ettie’) the Grenfells’ mother. As Balliol’s pragmatic Chaplain, the Revd. Neville Talbot who has to help deal with the gradually intensifying confrontations, Ian Fletcher makes an excellent mediator.

By all accounts Ettie, a socialite, was both charismatic and, indeed, chronically flirtatious. Molly Gaisford’s performance grows increasingly secure as the play progresses, her speech over her dying son all the more moving for being played quietly. Anna Bradley flips back and forth effortlessly between her breeches role as a young working-class lad, and that of the Grenfell’s precocious maid, Florence – a promising professional debut performance.

The production is effectively staged on a monochromatic, split level all-purpose set designed by Ellen Cairns, dominated by three crumbling gothic arches, and is effectively lit by Alexandra Stafford. Books are strewn over the floor as if reminding us of the waste of the brilliant minds that would tragically be left scattered across the fields of war. Likewise, apart from the khaki uniforms, the rest of the costumes are tastefully in black, white and coordinated shades of grey.

If there’s a problem with the play, it is that we know all too well from the outset what the tragic outcome will be. Yet, as we once again approach Remembrance Day, it serves as a necessary reminder of the futility and obscene waste of war. It’s hard for us now, perhaps, to appreciate the near suicidal attitude of the clever young men who started out relishing the joys of battle, proud to die for their country in the early years before despair and disillusionment fully set in. There are some good speeches in the final Act describing the horrors of war, suggesting the awful truth had begun to penetrate. Finally, we also hear snatches of Grenfell and Shaw-Stewart’s poetry.

Still, even if I didn’t learn anything new about the period, it’s a testament to the writing, production and acting that I was fully engaged by the play and its imaginative staging. It certainly deserves a future beyond its current run. 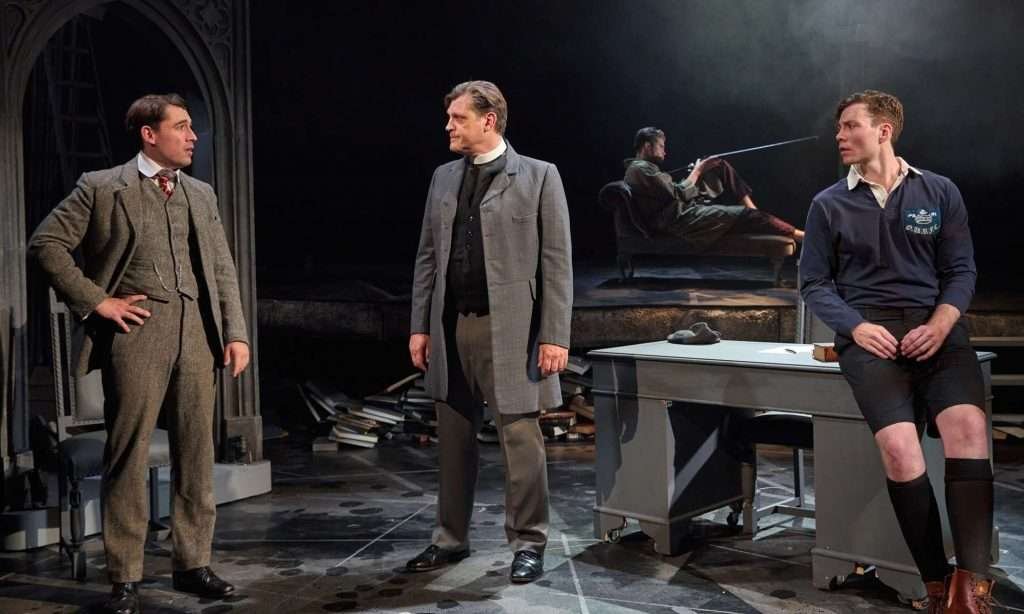 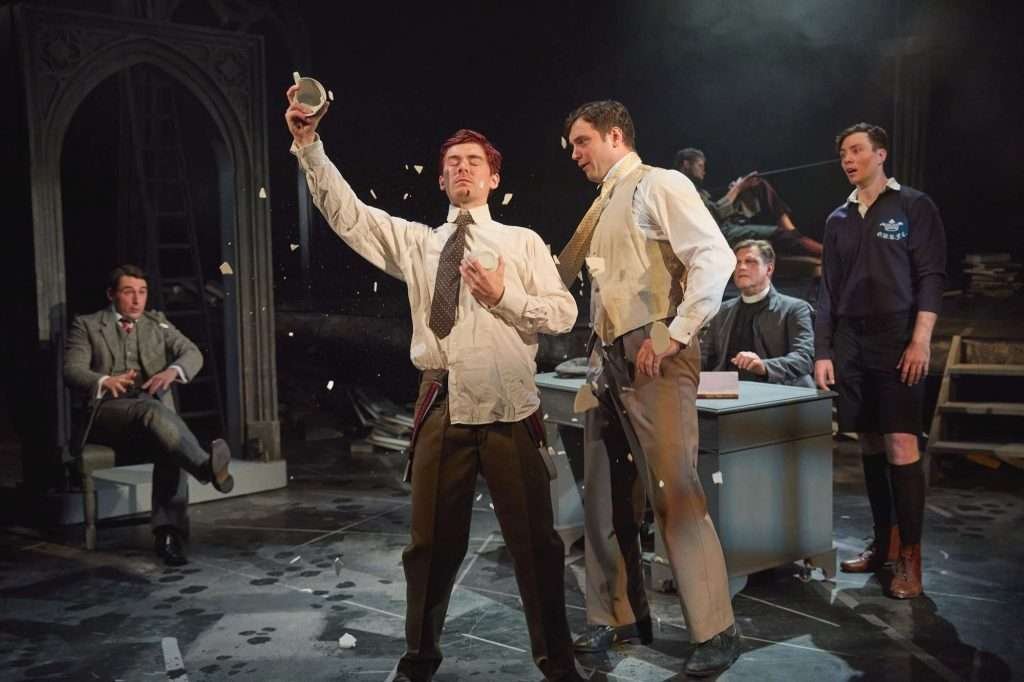 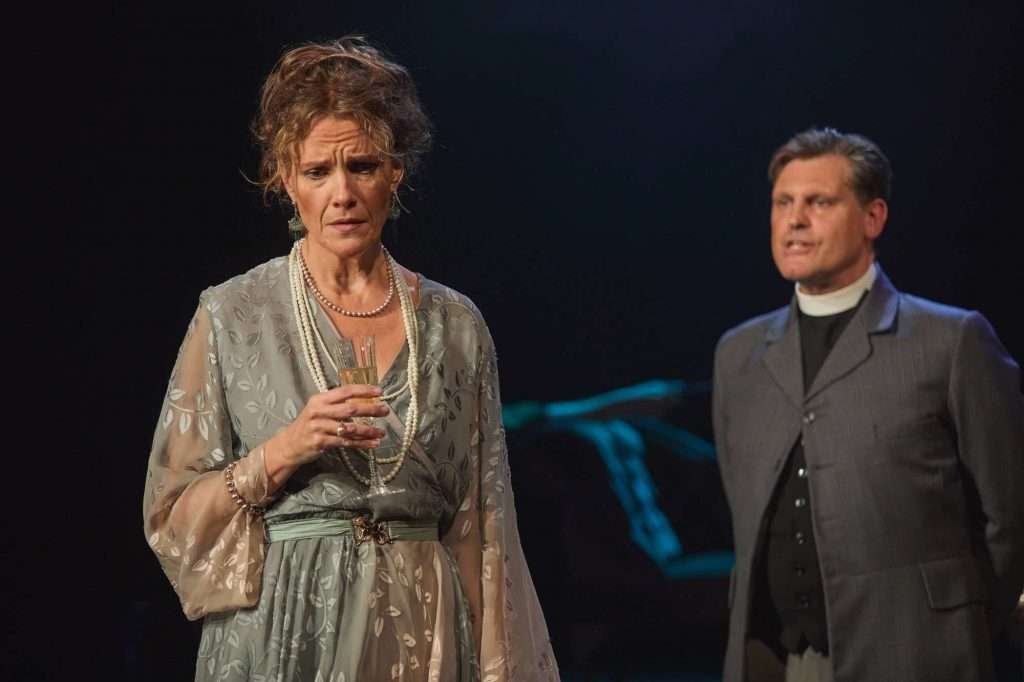 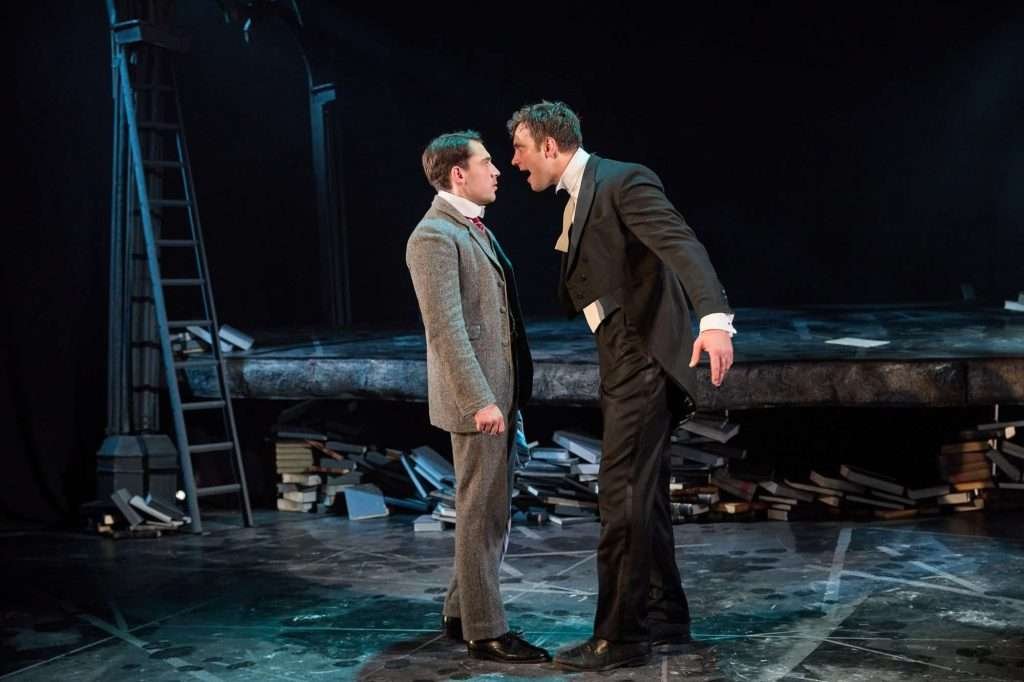 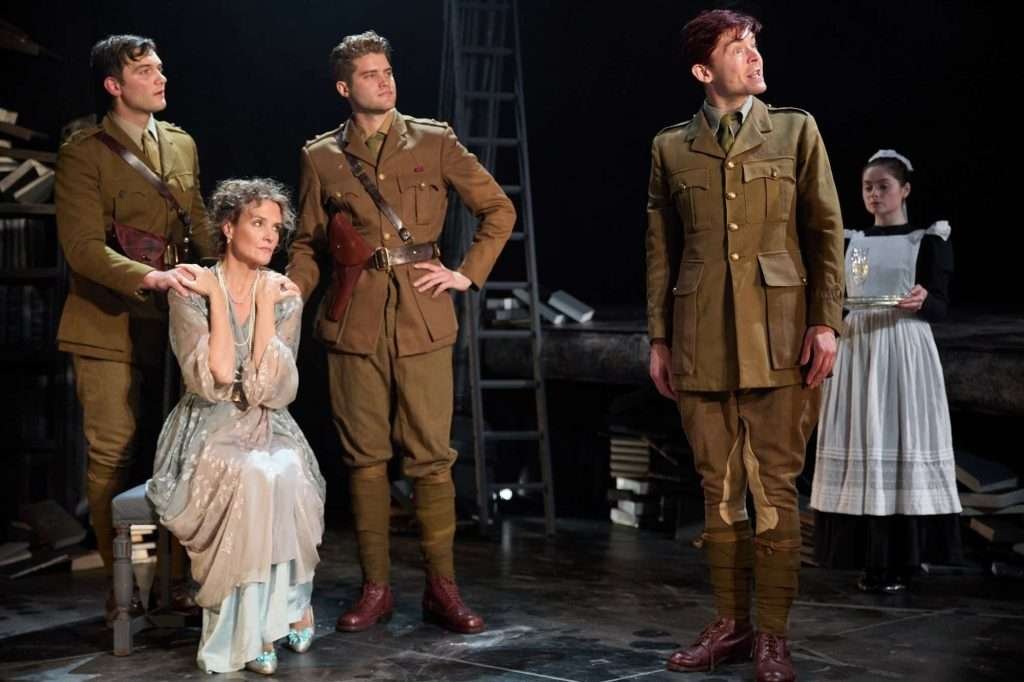 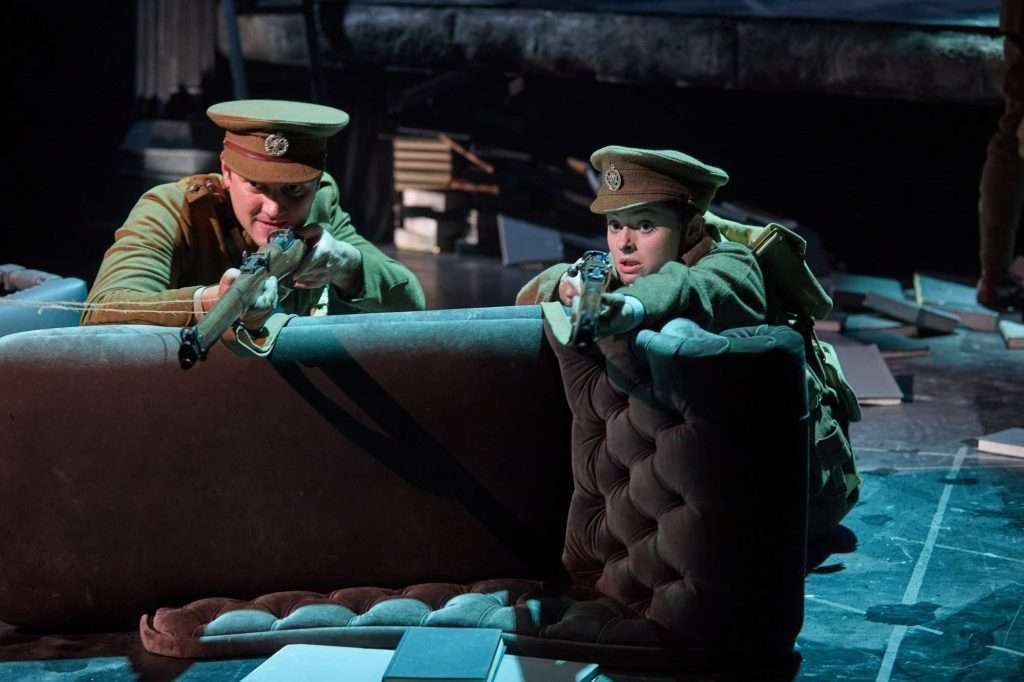 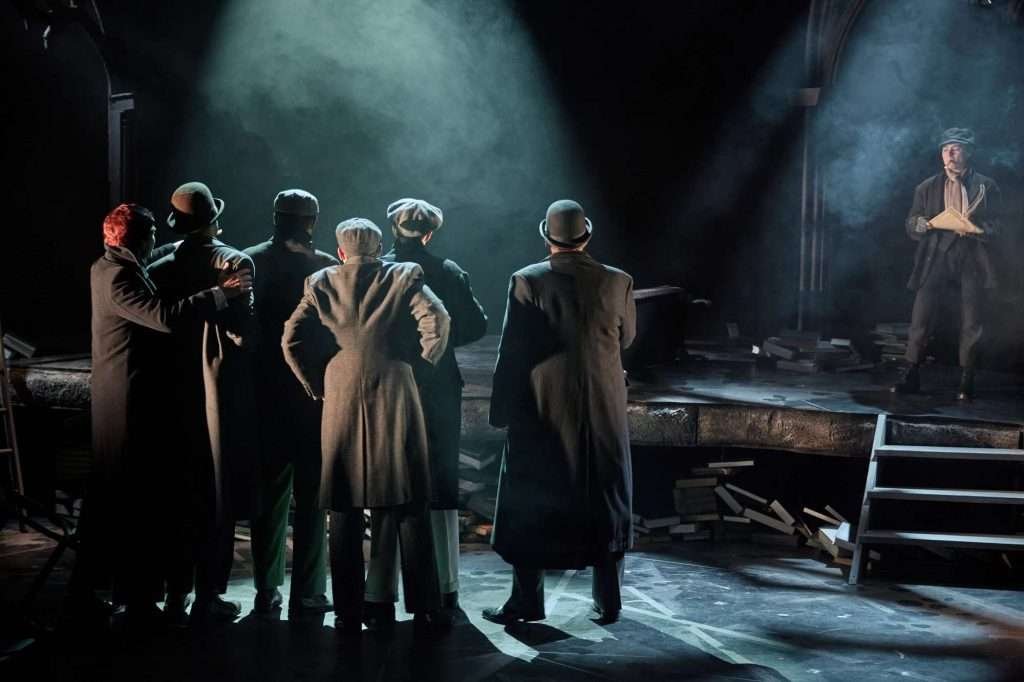 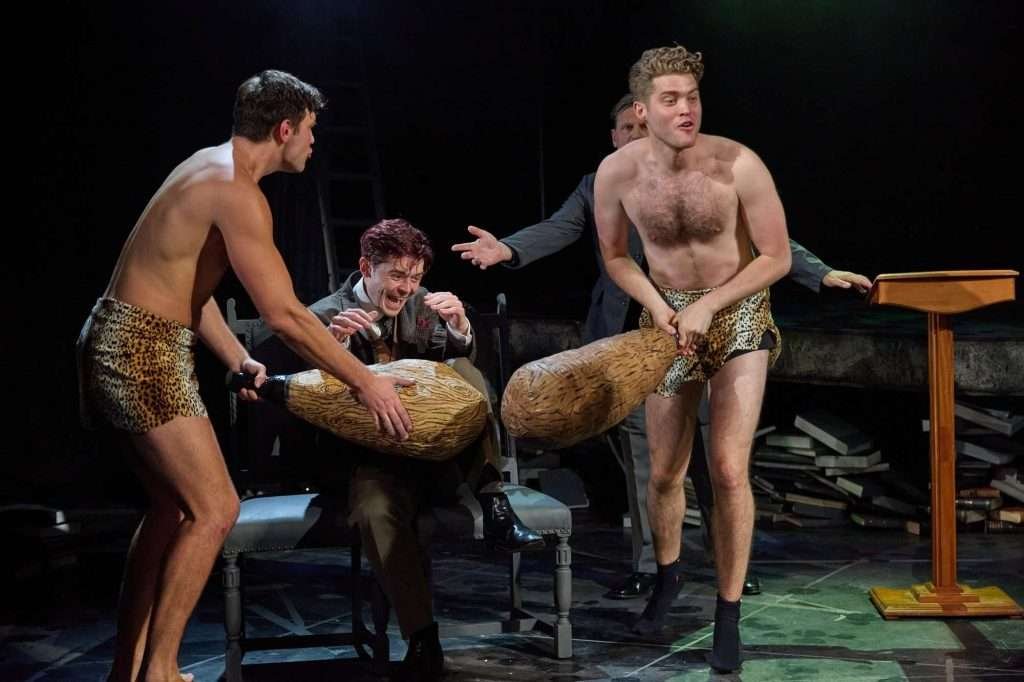